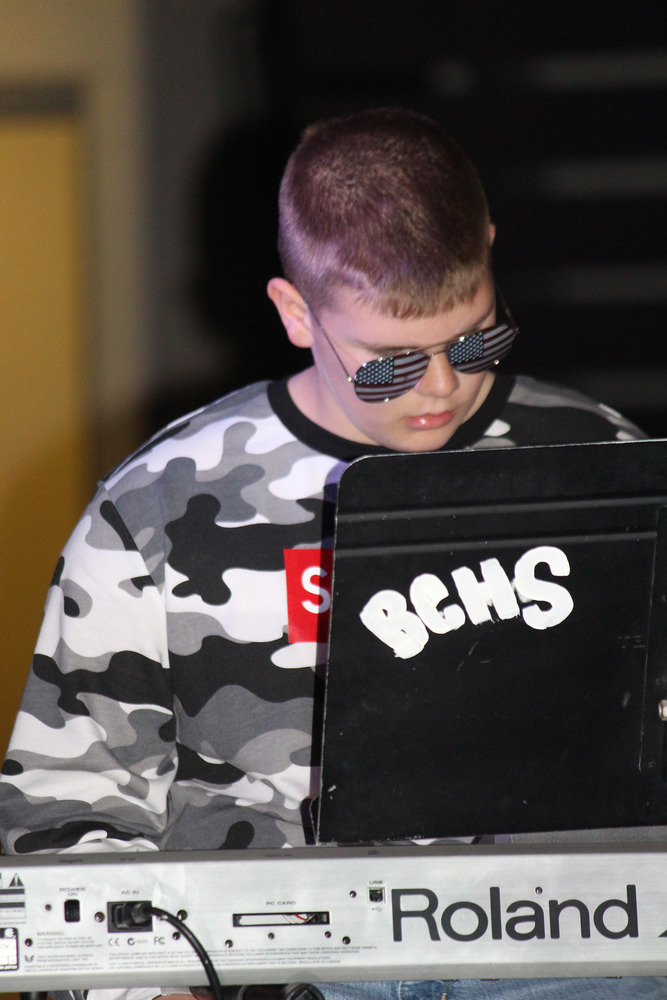 On Friday, April 26, the music department put on their annual rock band concert for the student body as well as community members in attendance. Ten groups performed a song of choice. The group called Mashup with band members Jimmy Loutzenhiser, Amber Loutzenhiser, Tanner Oestreich, and Preston Henn won the competition this year.

Mrs. Connie Lade explained that she holds this event to expand her students’ music education because most of her students learn a completely new instrument for the event. It takes a lot of confidence to get up and sing in front of the student body, but I think I speak for many when I say it is a very memorable event that most look forward to every year!