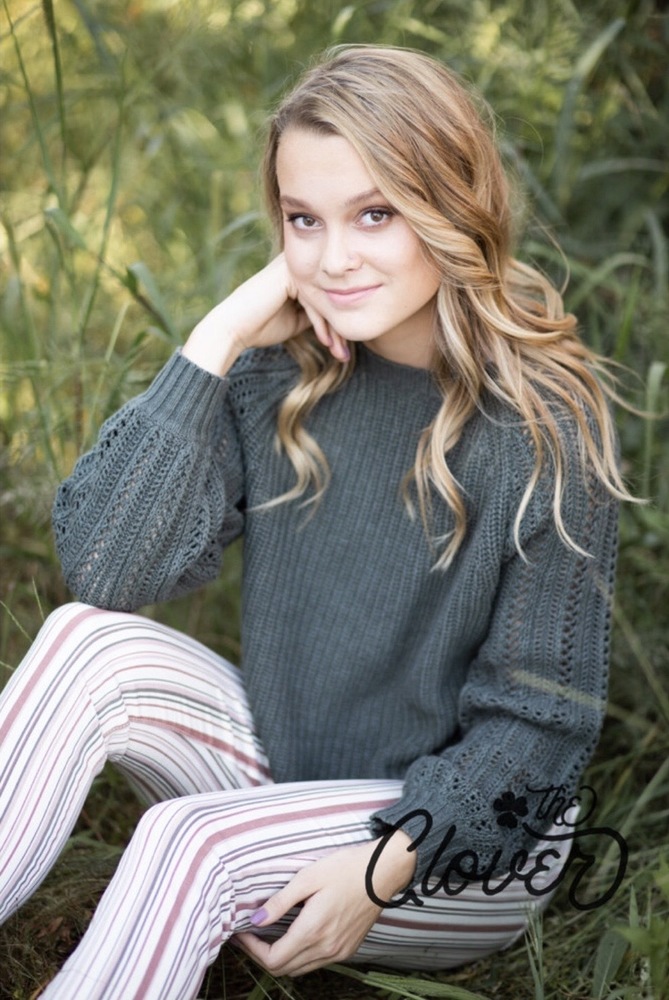 Makenna Lexas Taake,  daughter of Brian and Wendy Taake, attended Christ Lutheran School before coming to the Battle Creek Public Schools in the fourth grade. She is a member of Our Savior Lutheran Church in Norfolk.

Makenna participated in volleyball, basketball, and track during all four years of high school. In volleyball, she was part of two state qualifying teams: in 2018 and 2019. She is a two time letter winner in the sport.  For her efforts in track and field, Makenna is a three time state qualifier and a five time state medalist going into her senior season. As a freshman, Makenna claimed the 8th place medal in the long jump at the state meet, and as a sophomore, she snagged fourth place in the long jump and seventh place in the triple jump. Last spring, she earned an eighth place medal as a member of the 4x100 meter relay, and she was the 2019 Class C Nebraska State long jump champion. Makenna lettered in basketball three times and in track three times going into her senior season.

Aside from athletics, Makenna is also talented in the classroom. She has been on the A honor roll during all of high school, and she is a member of the National Honor Society. In addition, Makenna has been chosen multiple times to participate in the NECC High School Scholastic Contest.

When asked to name a favorite class, Makenna mentioned Spanish stating that she enjoys learning other languages.

After graduation, Makenna plans to attend Wayne State College to study pre-dentistry. She hopes to one day be a dentist or an orthodontist. Makenna will also participate in track and field for the Wildcats.