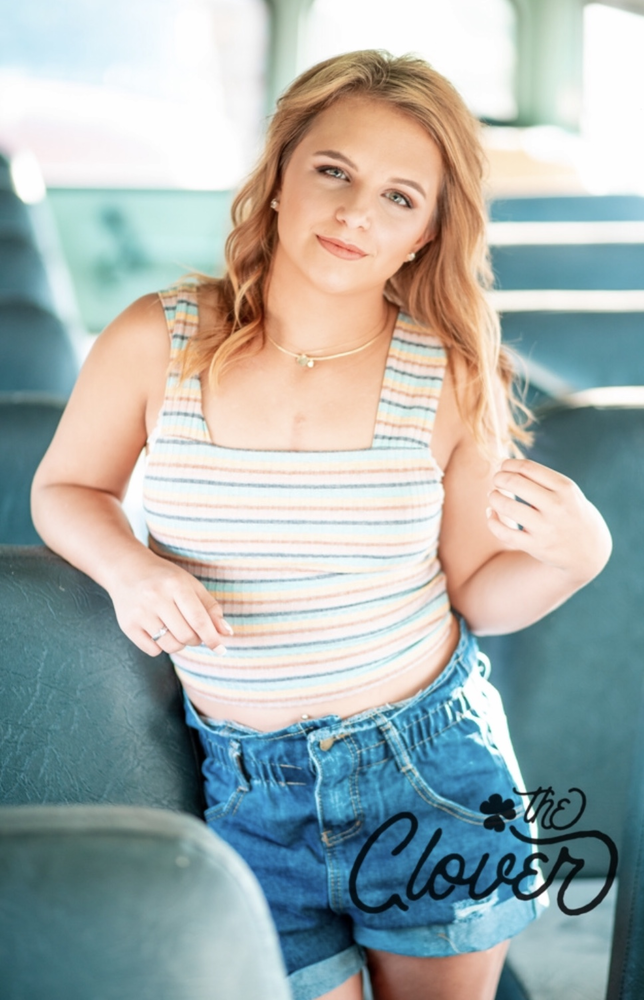 Alison Marie Korth, daughter of John and Jill Schnebel and Kevin and Heidi Larsen, attended school in Pierce for kindergarten through fifth grade before coming to the Battle Creek Public Schools. She is a member of St. John Lutheran Church.

Ali participated in cheerleading during all four years of high school, lettering each season. She was a co-captain during her junior year and was the head captain as a senior. She played volleyball for two seasons and golfed for one.

Aside from athletics, Ali participated in FCCLA, speech, and one act play production during all four years of high school. She lettered in one act play three times and in speech twice. Ali was on the A honorable mention list for her efforts in the classroom.

Outside of school, Ali enjoys baking and hanging out with friends. She is a 4-H member who has won Grand Champion for showing pigs. Ali also received Grand and Reserve Champion for cake decorating. She got her Five Year Member Award, and she served as the 4-H President for one year. Ali is employed at Subway in Battle Creek where she has been for two years.

When asked to name a favorite instructor at BCHS, Ali mentioned Mrs. Kristin Colvey, stating, “I could always talk to her about anything.” Ali listed her favorite subject as biology.